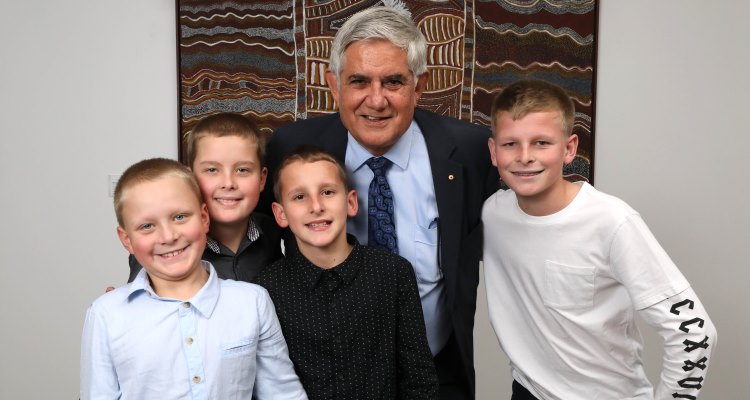 A new school drug and alcohol prevention program will feature the stories of young Aboriginal and Torres Strait Islander people thanks to the work of researchers from the National Drug and Alcohol Research Centre at UNSW Sydney.

The Aboriginal and Torres Strait Islander students had their stories included in the health program after winning a national competition for people aged 12 to 14 years developed by leaders at the National Drug and Alcohol Research Centre.

The Hon. Ken Wyatt, Minister for Aged Care and Minister for Indigenous Health, presented one of the student winners, Jacob, 13, from Darug land in western Sydney, with his award at UNSW last week.

The students were invited to share a story, video, speech or song about making positive choices or describing a positive role model.

Jacob talked about how he looked up to his mentor Ricky, an Indigenous year 12 student in his school who united fellow students by teaching them about his culture, such as the War Cry. Read Jacob’s full story here.

“Some of the boys were mucking around and mocking it,” Jacob wrote in his story. “[Ricky] taught them how to be respectful of Aboriginal people, and how important our culture is. They don’t mock it anymore.”

The stories will inform the development of a Department of Health-funded drug and alcohol prevention program. The work is overseen by a national reference group which includes Indigenous community leaders.