UNSOMNIA 2020 asks: What can we learn while we are apart? 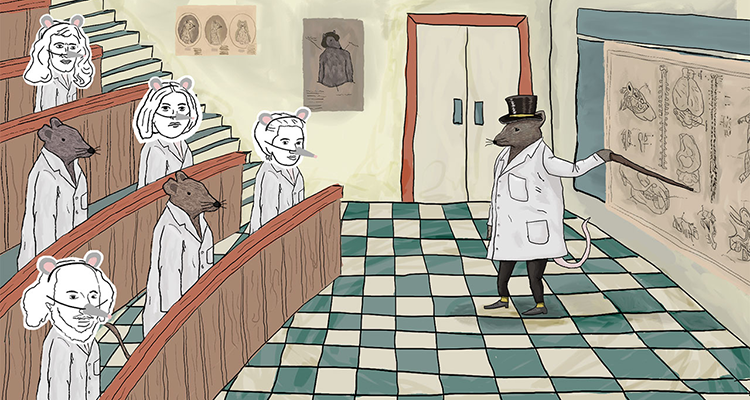 From baking to black swans, and male lab rats to mavericks, UNSW researchers reflect on lessons from our time in a socially distanced world.

UNSOMNIA, an initiative of the UNSW Centre for Ideas and UNSW Grand Challenges, showcases a group of talented and engaging researchers. In 2020, they present their take on what we can learn from this life-changing year that will help ‘humanity thrive, not merely survive’.

The series of short talks is designed to help academics at all levels build their profiles and platforms as public intellectuals. The program is usually a live evening event, but this year’s talks are videos filmed at UNSW’s pioneering visualisation facility the EPICentre (Expanded Perception & Interaction Centre) at the Art & Design Paddington campus. Tim Lee, a Media Arts student at the faculty, has created bespoke backdrops for each of the speakers.

“Although we are disappointed not to have our speakers presenting their talks live with an audience, we are very excited about what they have done,” says Ann Mossop, Director UNSW Centre for Ideas. “They are an amazing cross-section of UNSW talent, talking about everything from asteroids to Anzac biscuits, and this, as well as the theme of the series – what we can learn while we are apart – makes these talks essential viewing.”

UNSW Grand Challenges Academic Lead Scientia Professor Rob Brooks says, “From their initial one-minute pitches, prepared and delivered in the early days of social distancing, to the recording of their polished talks at UNSW’s EPICentre, the speakers have buoyed and rejuvenated us with their sparkling, intelligent insights into the world of 2020.”

In ‘Baking together’, Dr Lindsay Kelley, artist and lecturer at UNSW Art & Design, suggests Anzac biscuits – which emerged from another world-changing crisis, World War I – are the perfect comfort food to bake during a pandemic. In April, with Anzac events cancelled or televised, Dr Kelley created an online baking event where participants mixed, rolled out and baked their biscuits at the same time. She says Anzac biscuits remind us of Australia and New Zealand’s past, and invite us to imagine a collective future after COVID-19, when we can share a cup of tea and a biscuit in person.

Michael Dello-Iacovo, a PhD candidate in space science at UNSW Engineering, says what keeps him up at night is an existential threat we haven’t even thought of yet. He likens it to the 16th-century European expression ‘a black swan’ which referred to an event that was extremely unlikely, or impossible. Records showed there were only white swans until 1697, when Dutch explorers discovered black swans in Western Australia. In ‘Preparing for the unimaginable’, Mr Dello-Iacovo suggests we might use this unexpected event we are living through to think about how we can prepare for future unprecedented events.

Bronwyn Graham, associate professor in psychology at UNSW Science, takes us from the ‘invisible women’ behind Shakespeare (during the Bubonic plague) and Isaac Newton (the Great Plague) to male lab rats in today’s medical research. While Shakespeare and Newton relied, respectively, on their wife and mother so they could continue their work, the vast majority of preclinical research uses male animals – mice, rats and ferrets. Associate Professor Graham, whose research focuses on anxiety disorders in women, points to the ‘invisible female rats’ in the lab, which leads to less evidenced-based and optimised treatment for women than for men.

Professor Christopher (Chris) J. Jackson at UNSW Business School says conventional wisdom is clear – teamwork, collaboration and diversity lead to better learning and decision-making. But does it always make sense to put people in teams? He suggests some more talented people learn best on their own. In ‘Mavericks: the champions of isolation’, Professor Jackson highlights those who are comfortable making decisions and persevering in actions which go against the status quo, like Greta Thunberg and Steve Jobs. Maybe some individuals are better left alone?

Bespoke illustrations created for the videos

Media arts student Tim Lee says, in designing the UNSOMNIA video illustrations, it was important for him to have a conversation with each of the speakers “to get their vibe as well as to better understand their work”.

“I didn’t use an overarching style, so it was like starting from scratch with each speaker,” he says. “Professor Buckland, for example, talks about education. It’s very expressive and I have used 3D rendering programs to contrast with his speaking style. Dr Kelley, on the other hand, talks about combining Zoom calls and baking, so I have used an illustrative style to reflect the warmth. It’s a very different feel.

“The challenge for me was working with the EPICentre’s 360-degree curved screen, but I found my experience with LED screens helped.”

Mr Lee, who often works with musicians, says it has been a great opportunity to work with people who are so passionate about what they do and who know so much about it.

He is currently undertaking his final internship before he completes his Media Arts degree at UNSW Art & Design. Mr Lee has also set up a freelance business where he publishes work under ‘juune 李’ to get “real-world experience” and has worked on VIVID and short films. Since the onset of COVID-19 restrictions, he has been creating designs, visuals and animations for live-streamed events and digital content. 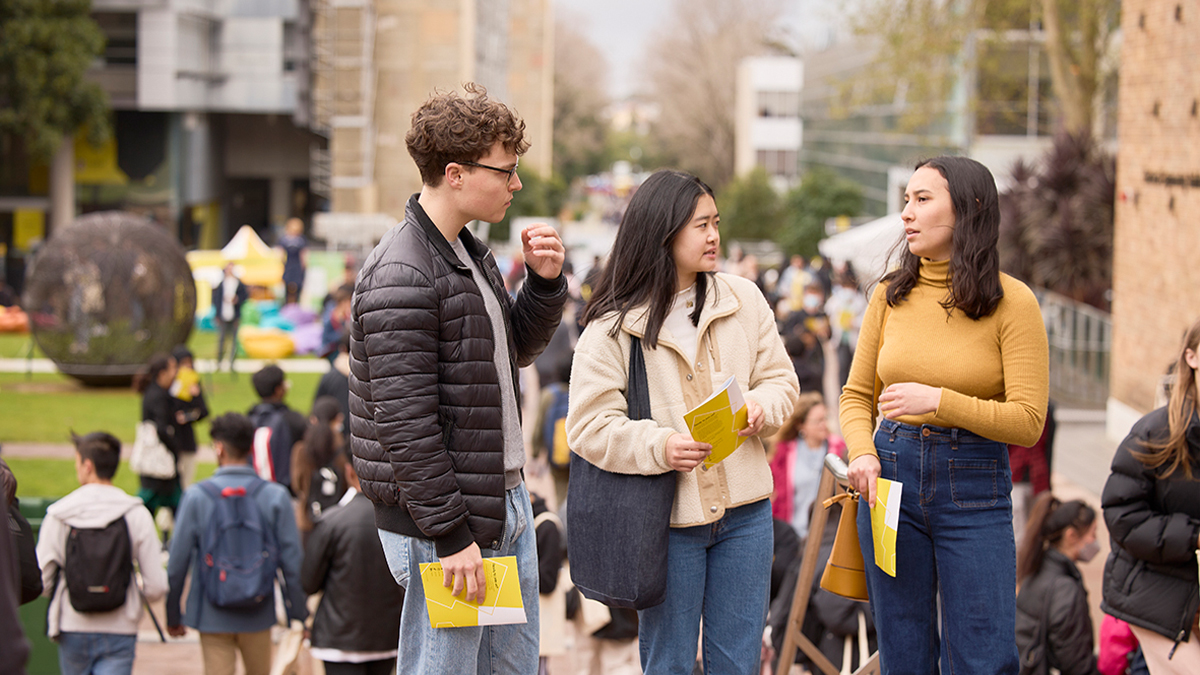 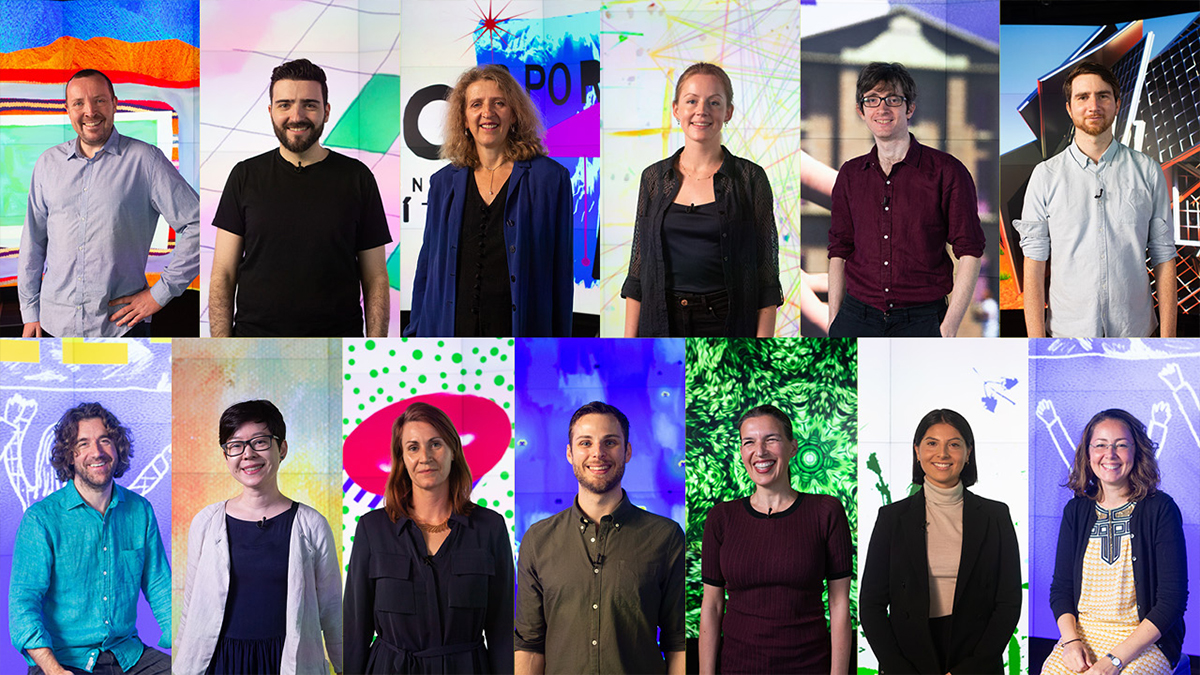 Innovation and Engagement
Applications for UNSOMNIA 2022 are now open 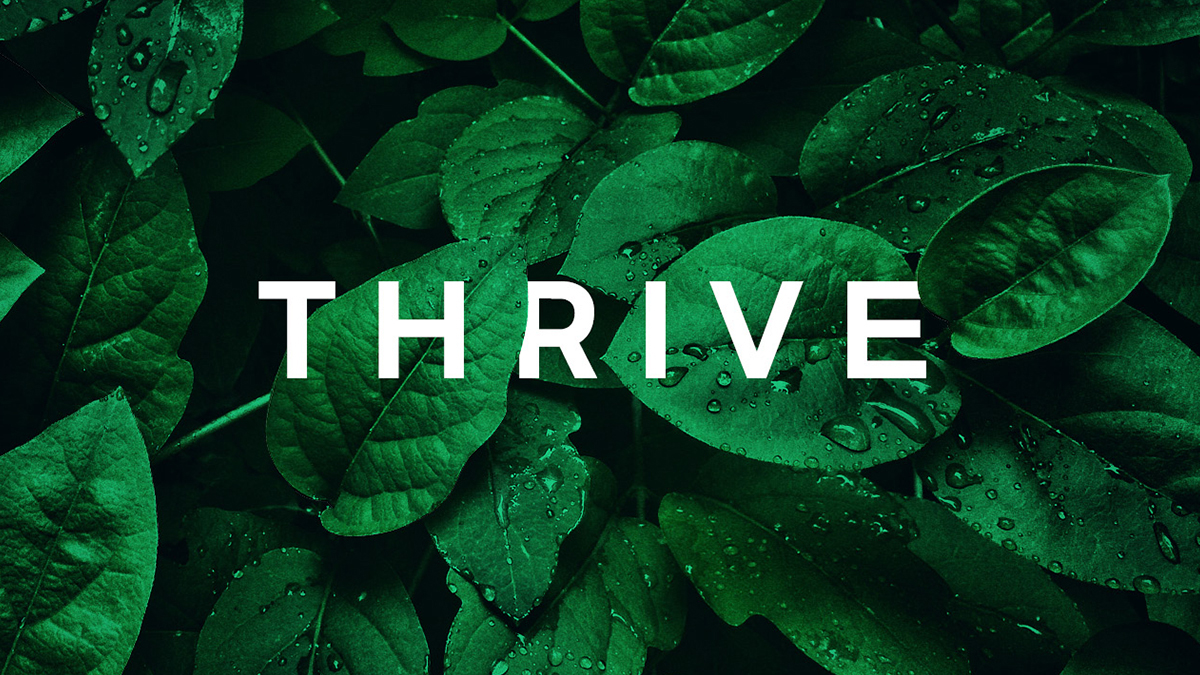 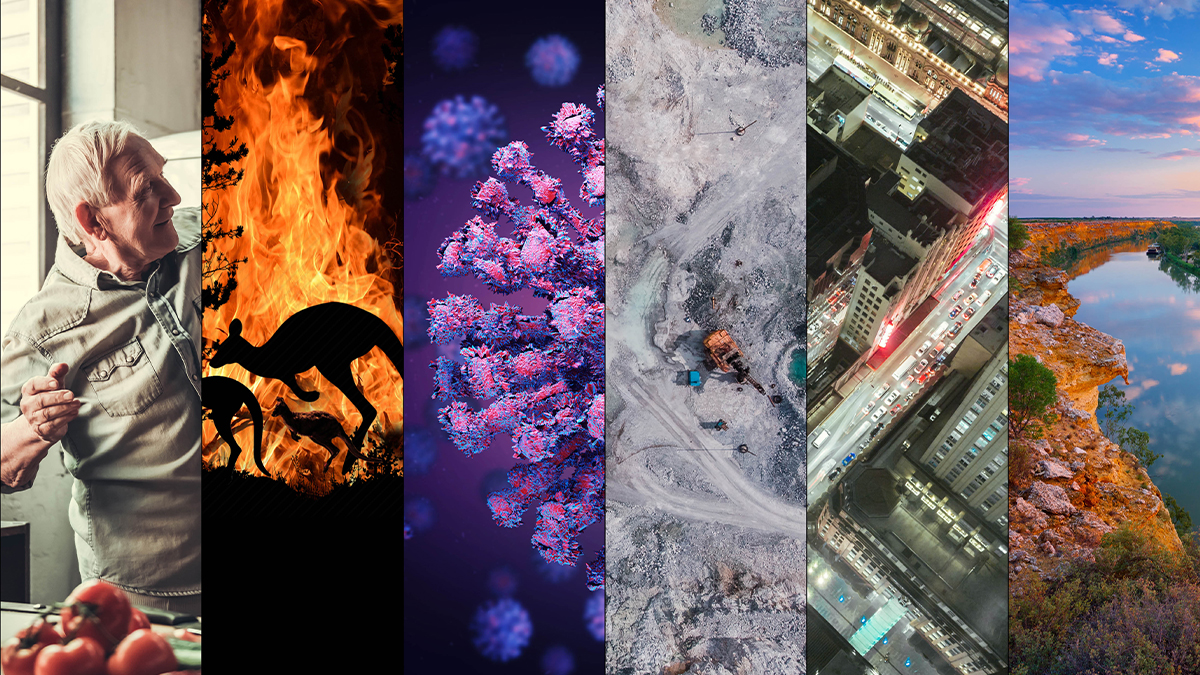 Travel options to get to and from UNSW
Learning without limits: Leading the change
UNSW continues its path to becoming a top 50 global university
Dean’s Award for Outstanding PhD Theses
UNSW and The George Institute back entrepreneurs improving lives here and abroad
We still need to talk about climate change – even during COVID-19
Do you have something to say to students?
Recognise UNSW’s outstanding educators
UNSW students unite with universities across the globe to tackle dementia
Welcome to the new and improved Student Life Hub
Virtual tour takes UNSW exhibition 360 degrees, around the world
UNSW launches its first China Learning Centre
UNSW Future Student Recruitment delivers our first online Open Day
Knock, knock: It’s our new front door
Message from President and Vice-Chancellor Professor Ian Jacobs - 8 September 2020