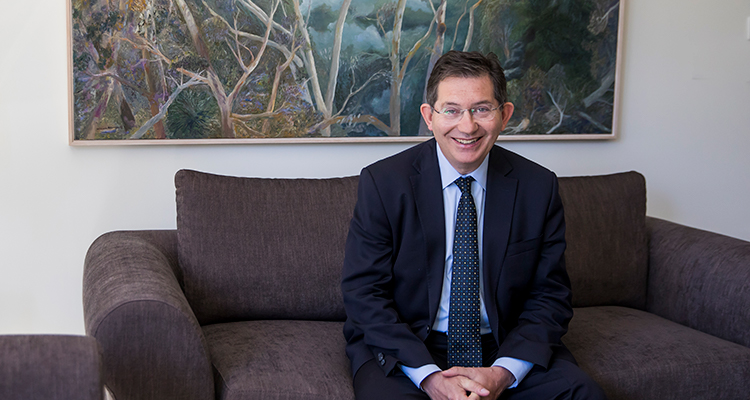 You will have seen in the message from Professor Nicholas Fisk and me earlier this week that UNSW has performed well in three recently published rankings. In the QS World University Ranking we rose two places to 43rd in the world, in the Nature Index we rose 19 places to 89th in the world, and in the National Taiwan University Ranking we rose six places to 58th globally. We had more good news yesterday with publication of the ARWU Global Ranking of Academic Subjects. This ranking rates universities in 54 subject disciplines from 1 to 100 and in groups up to 500. UNSW had more disciplines in the top 100 (38) than any other Australian university, followed by the University of Melbourne (33). We were the highest-ranked Australian university in 13 subjects, again more than any other Australian university. We had 52 of 54 subject disciplines ranked in the top 500 placing us equal first globally for this measure with the University of British Columbia, McGill and the University of Michigan – an impressive perspective on the breadth of activity at UNSW which is globally competitive. At the upper end of the scale, three UNSW subjects were ranked in the top 10 globally and 22 subjects in the top 50. Congratulations to all staff who have contributed to these achievements, which are a genuinely pan-university success.

The Review into University Freedom of Speech by the Hon Robert French, which was released in April, concluded that there is no evidence of a crisis of freedom of speech in Australian universities. Nevertheless, the issue of freedom of speech on Australian university campuses has been prominent in the media this month. It is worth reading the perspectives of our Dean of Law, Professor George Williams (here) and Sydney University Vice-Chancellor Professor Michael Spence (here) who make the point that our universities are places of open and robust debate. In that context I was pleased to assist with drafting this week’s statement from the Group of Eight, making it clear that our universities are steadfastly committed to protecting free speech and to resisting no-platforming. That is very definitely the case at UNSW as reflected by the document summarising our approach to academic freedom and freedom of speech which was prepared last year. We are now in the process of considering the draft Model Code on freedom of speech in universities proposed by Robert French and comparing it with the current UNSW approach. A key concern will be to ensure that the Model Code does not introduce new constraints on freedom of speech. This and other aspects of freedom of speech will be the topic of a meeting being organised at UNSW in August by our Grand Challenge and Centre for Ideas teams – more detail in due course.

Many of you will have seen that on Wednesday there was a protest on the library lawn about our implementation of the new academic calendar. The change in UNSW 3+ to use our campus more weeks of the year has, as was expected, freed up space on campus, reduced timetable clashes, reduced the number of scheduled hours for students, and increased flexibility. Reassuringly, despite all the changes, the student feedback from the Term 1 MyExperience surveys shows that satisfaction with teaching has increased in all but one faculty. But we also welcome the feedback from our students and staff about areas where further improvements are possible. The SRC has indicated that in some courses the configuration of material, the number of assessments, and the timing between teaching and assessing could be improved. These points are noted, and I am grateful to the staff already working on refinements to the trimester calendar to enhance student satisfaction and attainment. We will continue to refine the new calendar to ensure it provides the flexibility for students and staff, facilitates the appointment of education-focussed staff who do so much for our students, and allows teaching and research staff to manage teaching commitments to allow time for their research. The rationale for UNSW 3+ was explained well in a recent op-ed by our DVC Academic, Professor Merlin Crossley, which is worth a read.

It was good to see UNSW so well represented on the Q&A Science Special panel last week – Dean of Science, Professor Emma Johnston AO, was joined by her colleague, Professor Martin Van Kranendonk, Director of Australian Centre for Astrobiology at the School of Biological, Earth and Environmental Sciences, and UNSW Science Honours student and Wiradjuri woman, Kirsten Banks. The discussion was informed and wide-ranging, covering issues such as protecting Australia’s biodiversity and the Great Barrier Reef, greenhouse gas emissions, Indigenous astronomy, microplastics in oceans, permanent settlement on Mars, and even religion and the existence of God. A repeated theme throughout the episode was the importance of educating the general public on how scientists reach their conclusions – decades of observing and testing, the necessary scrutiny of peer review, and the crucial difference between fact and opinion in debates. You can watch the episode here.

I am pleased to announce that a new Gender Champion has been appointed to replace Janelle Wheat, who is leaving UNSW to take up the role of Pro Vice-Chancellor (Learning & Teaching) at Charles Sturt University. Vinita Chanan, Director of Alliances, will take up the role Janelle leaves behind. Vinita’s experience in the sector includes the role of Senior Manager, Research Partnerships at UNSW, and Bid Director and Project Manager of large international development projects. I thank Janelle for her contribution as a Gender Champion, wish her well in her next role and welcome Vinita as she takes on this important task.

Earlier this week I attended the Association of Pacific Rim Universities (APRU) Presidents Meeting in Los Angeles, where I took part in a panel with other vice-chancellors on the topic of global migration. It was a timely discussion in the context of World Refugee Day last week, and a good opportunity for university leaders to discuss how best we can contribute to the enormous challenge of making higher education accessible to the tens of millions of people displaced worldwide. Currently, there are a range of approaches globally, including universities designing online courses specifically for refugees or community-funded sponsorship programs run alongside the UNHCR. It was good to be able to highlight the work of UNSW’s world-leading Kaldor Centre for International Refugee Law, our Forced Migration Research Network and our important partnership with the Refugee Advice and Casework Service (RACS).

Congratulations to Professor Thorsten Trupke and Adjunct Associate Professor Robert Bardos on being awarded the 2019 Clunies Ross Innovation Award. The prestigious award recognises their work on breakthrough photoluminescence imaging technology, which will have an important impact on the development of solar cells. This is the third time UNSW researchers have received this award with Professor Martin Green receiving the award in 1994 and the late Professor Stuart Wenham in 2008.

Mark 6-18 August in your diaries for the Sydney Science Festival. UNSW is partnering with the festival again this year for a calendar of events, which include a lecture by Nobel Laureate Elizabeth Blackburn, a ‘walking snorkel’ tour of the Sydney Institute of Marine Science and a panel of UNSW experts discussing the impacts of health and lifestyle on heart disease.

Finally, next week marks the beginning of Plastic Free July. Business and Campus Services estimates that UNSW disposes of as many as 13.5 million coffee cups per year, or 37,000 per day. Add to that plastic takeaway containers and cutlery, and the figure would be multiplied many times over. Read in this edition of Inside UNSW plans to help encourage students and staff to make more sustainable choices over the coming month, and to hopefully embed some environmentally conscious habits long term.