Miraca Gross AM: The pioneer of gifted education in Australia 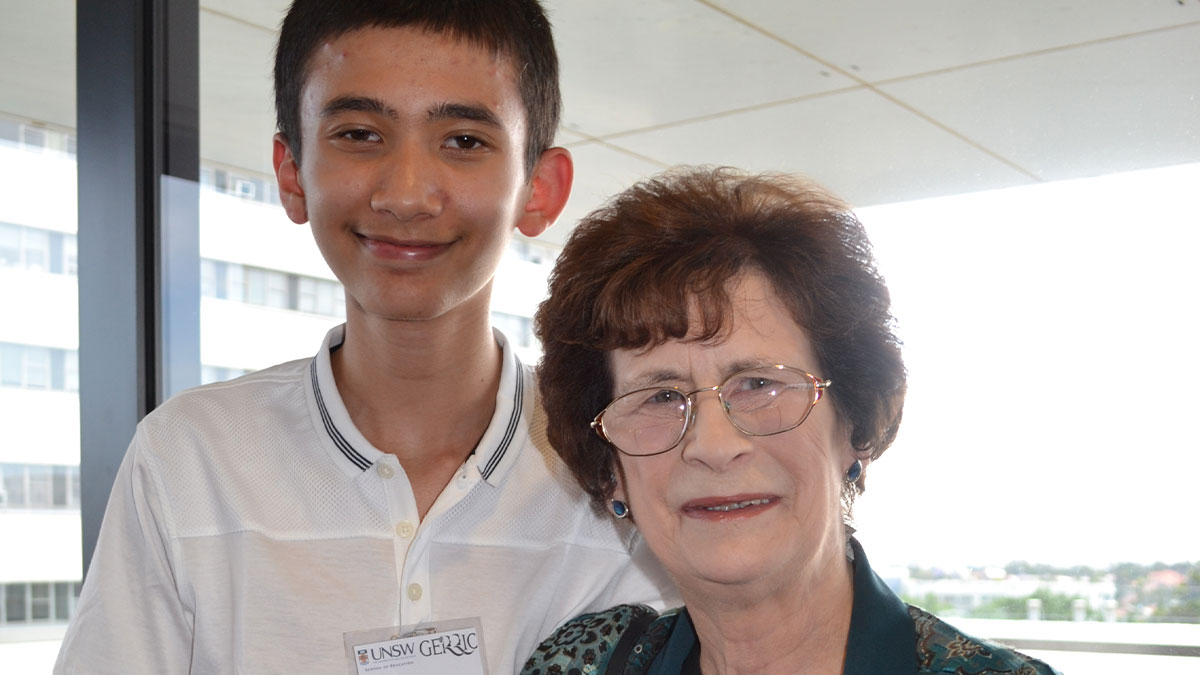 Miraca Gross, the founding Director of the Gifted Education Research, Resource and Information Centre (GERRIC) and an Emeritus Professor in the School of Education within ADA, passed away peacefully in Sydney on Friday 28 January 2022.

Miraca was born in Edinburgh, Scotland in 1944. After completing undergraduate studies in Scotland and Australia, she graduated from Purdue University in the United States with a PhD thesis entitled "Children of exceptional intellectual potential: Their origin and development". Thereafter, she returned to Australia to hold several academic positions, firstly at The University Melbourne, and then at UNSW Sydney, where she worked for 20 years from 1991. Even after her retirement, Miraca remained an active member of the intellectual community for many years. She was recognised both nationally and internationally as a leading authority on the education of gifted students.

Among her many accomplishments as a scholar and a teacher of gifted education was her longitudinal study of gifted Australian children, portions of which were published in a book (Exceptionally Gifted Children). She was also a prolific publisher in the top international peer reviewed academic journals in gifted education (including Gifted Child Quarterly), the developer of the Professional Development Package for Teachers in Gifted Education, the developer of Mini-COGE (the internationally renowned professional development course in gifted education), the creator of the GERRIC Gifted Student Programs, and the educator of generations of teachers in gifted education. Her work was funded by numerous competitive large grants from the Australian Research Council, the Australian Federal Government, and the John Templeton Foundation (USA).

Miraca's achievements have been recognised in several ways. In 1997, she received the inaugural Australian Award for University Teaching in Education from the Australian Federal Government. This was followed by the Sir Harold Wyndham Medal from the Australian College of Educators for "outstanding contributions to Australian education" in 2003, and the Distinguished Scholar Award from the US National Association for Gifted Children (NAGC) in 2005. In 2008, she was recognised by the Mensa Education and Research Foundation (USA) with the International Lifetime Achievement Award. She was inducted as a Member of the Order of Australia in 2008.

With John, her husband of many decades, Miraca had several interests outside of her work in gifted education. Not only was she an ardent reader, but she was also a devotee of contract bridge (and in fact played in several national bridge tournaments) and was a lover of cats.

UNSW and GERRIC will be holding a special event in her honour on 20 April 2022. For more information, please email ada.events@unsw.edu.au.

Royal Society of NSW awards Rose Amal the James Cook Medal
Global warming is amplifying our water cycle - and it's happening much faster than we expected
UNSW trumps own record with 13 Fulbright Scholars in 2022
What will be the next phase of the COVID-19 vaccination program in Australia?
Recharge Weeks return in 2022
Professor Scott Kable appointed Acting Dean of Science
Multi-Factor Authentication is coming: A new way to securely sign-in
#BreakTheBias this International Women’s Day
Vale Neil Balnaves, a visionary focused on the young, the disadvantaged and Indigenous Australia
Help steer Australia’s future with University partner Next25
Welcome Back to Campus is in full swing
Enterprise Bargaining at UNSW
UNSW Sydney launches new feedback website for Vice-Chancellor and President, Professor Attila Brungs
Support through crises, the Ideas Hub, #BreakTheBias, high-vis health & safety, and welcome back! - 3 March 2022