A tribute to Professor Ian Jacobs: Not everything can be measured 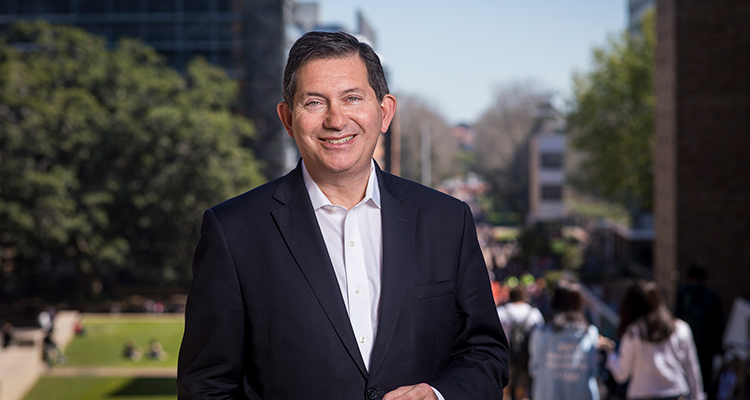 Beyond the accolades, accomplishments and triumphs, heart outranks all.

UNSW has been immensely fortunate to have had someone with the wealth of knowledge that Professor Ian Jacobs brought to our university for these past seven years. Over his career he has been a doctor, women’s cancer surgeon, women’s health charity founder, ovarian cancer research lead and, before coming to Sydney, he was Dean of Medicine at University College London from 2009–2011 and Vice President of the University of Manchester from 2011–2015.

He recalls that by the time he arrived at UNSW for his interview in 2014, he was well versed in the university’s research and education excellence and excited by its even greater potential. But when he stood at the top of the stairs of the Scientia building, looked down University Mall towards Anzac Parade and felt the vibrant atmosphere of the campus, he had what he described as a ‘wow moment’ and knew immediately that this was where he wanted to be.

Ian had a strong vision of what a top-class university can do for individuals and society but wondered if it aligned with that of the UNSW community. Following months of consultation, he found it did and Strategy 2025 was born.

Around 90% of the Strategy’s goals have been achieved, including the aspiration to become a global Top 50 university. That has been a stunning result, reflective of the hard work and talent of students and staff.

But rather than listing UNSW’s many and varied achievements since Ian’s arrival in 2015, it is perhaps fitting at this juncture to talk about the qualities that Ian has imbued in our institution.

UNSW has always been proud of our commitment to knowledge by hand and by mind – practical solutions backed by academic rigour – and has always taken its role as a servant of society seriously. With that comes an obligation to champion the most vulnerable among us: the sick, the disadvantaged, the marginalised, the dispossessed. Ian emphasised that the empathy and compassion that underscore our work are to be embraced as part of our unique approach to research and learning. By adding ‘heart’ to our crest, our values are on display for the world to see.

Ian also made collaboration our default position. Whether within the University, between universities or with business or government. The concept of working for the greater good rather than individual or institutional glory is a value Ian has espoused throughout his career because he has seen its rewards. His influence in this area has led to major partnerships for UNSW across NSW and across the world – the PLuS and NUW alliances, the International Universities Climate Alliance, and the Randwick Health and Innovation Precinct just a few.

His insistence that equity, diversity and inclusion be placed at the centre of UNSW’s decision making has seen new paths forged for students who suffer disadvantage; respectful behaviour guidelines put in place; the pride flag fly outside Clancy for the first time; and support for Indigenous rights and for those who seek to bring an end to the injustice experienced by Aboriginal and Torres Strait Islander people.

For Ian, remaining true to his values has been the non-negotiable framework for his leadership.

He has been humbled by the resilience and sense of humanity that has been a hallmark of the UNSW community over these past two, trying years.

He has been grateful for the professional staff who have supported him over his tenure, describing them as the best he has worked with.

He has been constantly inspired by the brilliant researchers and dedicated teachers we are privileged to have within our University.

As our Vice-Chancellor returns to be with his family in the UK, he leaves a University that is sure of its purpose as an integral part of our nation’s future and ready to carry on the substantial legacy he leaves. 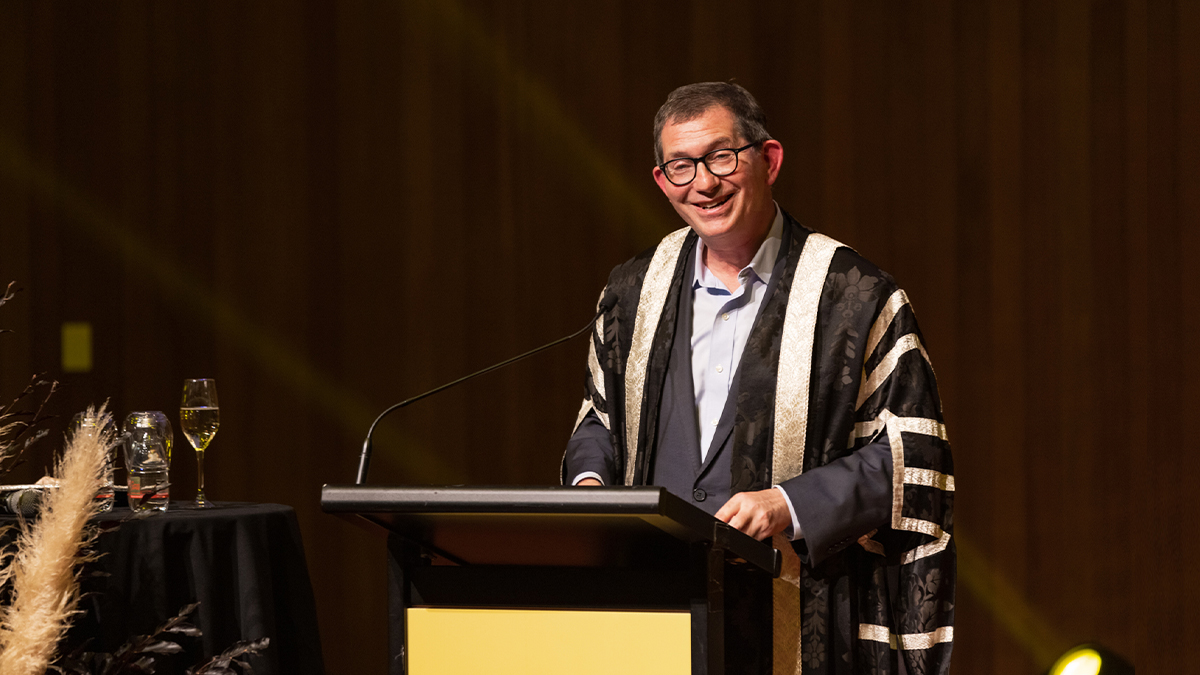 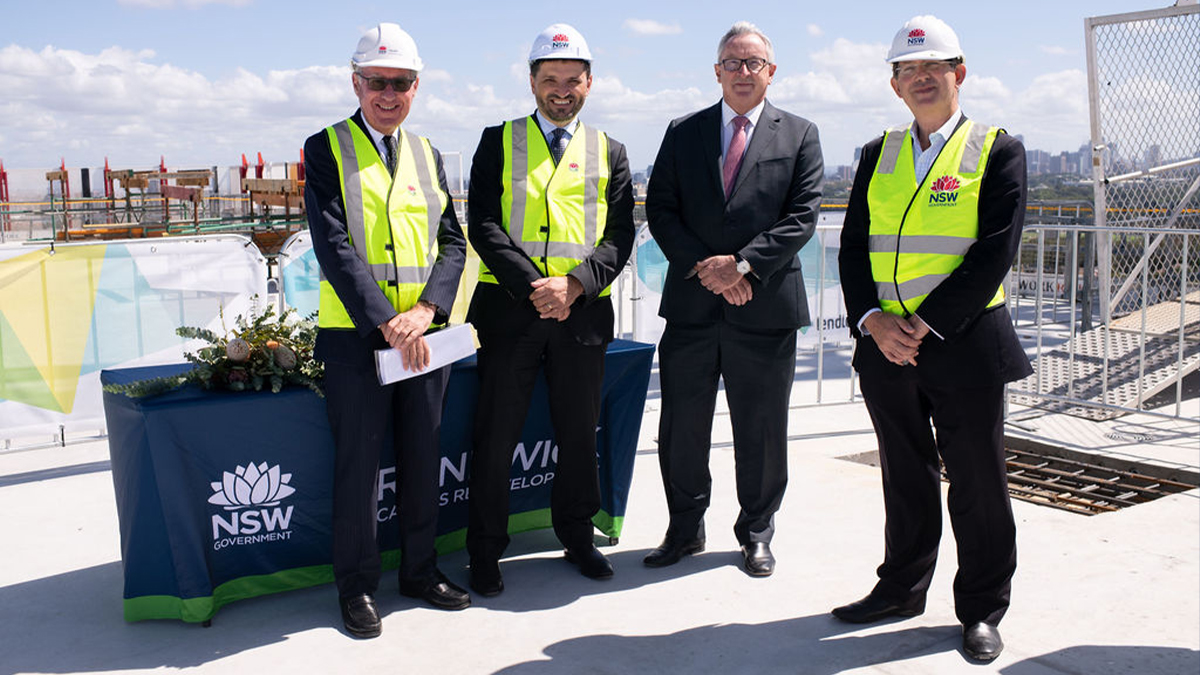 UNSW economist receives prestigious Paul Bourke Award for early career research
UNSW innovators honoured by the Australian Academy of Technology and Engineering
New scholarships to support asylum seekers and refugees
The Hybrid Learning Toolkit is ready
Australia Ensemble UNSW 2022 Season Launched
How inclusive is UNSW? Have your say
Applications are open for UNSW Futures Institute 2022 seed funding
The clock is ticking for environmental issues, with UNSW Sydney joining the movement for change
Five UNSW researchers recognised at NSW Premier's Prizes for Science and Engineering
Building operations during the UNSW year-end break
Student experiences of teaching more positive than ever
Grow Wild 2022 - T1 O-Week is shaping up to be the biggest hybrid activation yet
Celebration, sharing and togetherness at UNSW’s inaugural Education Festival
Message from President and Vice-Chancellor Professor Ian Jacobs - 8 December 2021
Partnerships and alliances flourish, from a focus on Innovation and Engagement
New features released on the StaySafe@UNSW App
New hub supports organisational change for gender equality in leadership
UNSW Sydney's international students arrive in Australia
Awarding teachers who inspire and engage – as voted for by students
A new paradigm for the delivery of remote laboratory education
Professor Ian Jacobs’ legacy for Academic Excellence at UNSW Sydney
Social Impact: at the heart of UNSW Sydney’s 2025 Strategy