Theatre precinct at UNSW to be named after local Indigenous artist and community elder, Esme Timbery 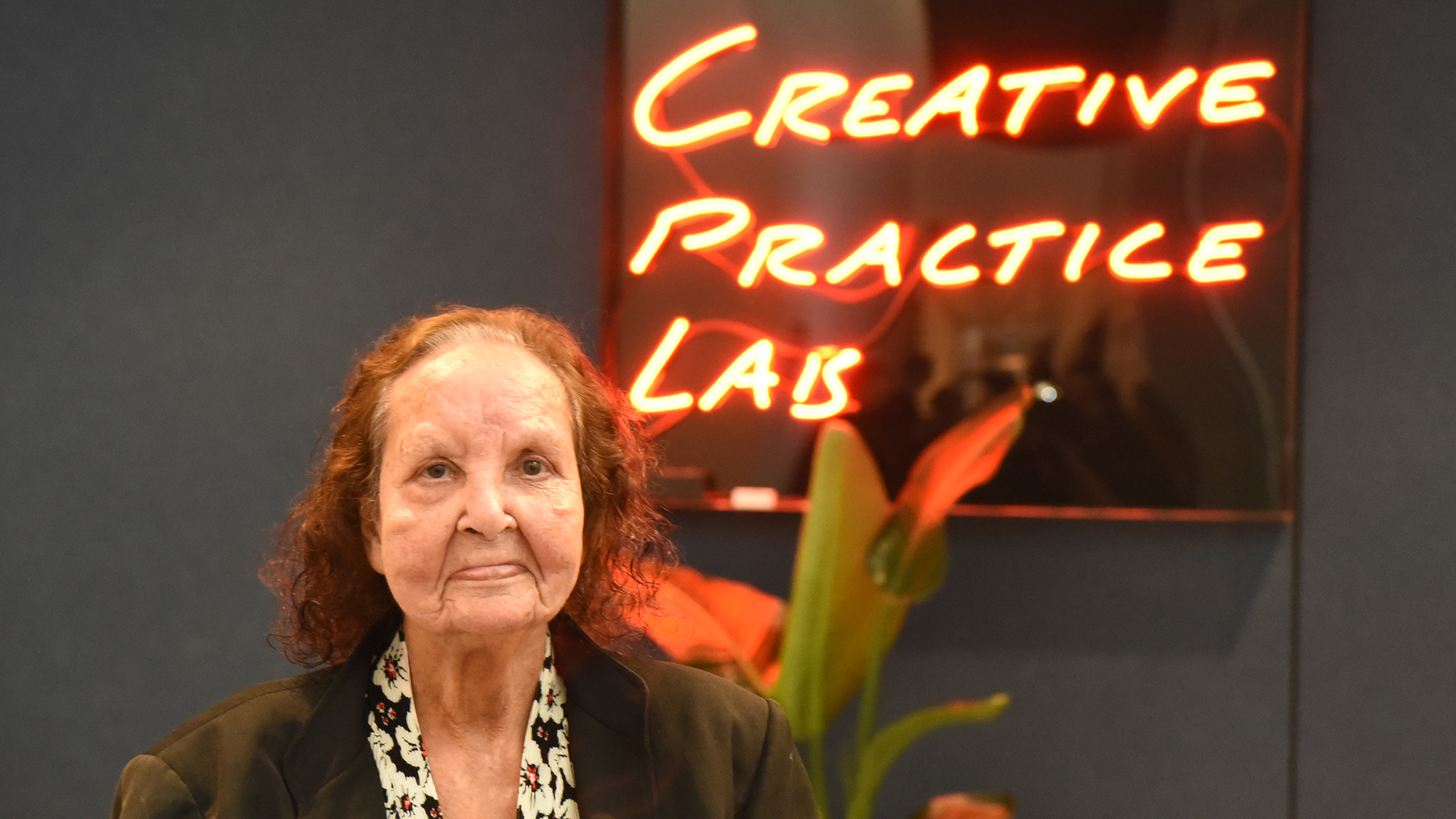 A brand new theatre and performance venue will be named the Esme Timbery Creative Practice Lab after the renowned shell artist and Bidjigal elder.

The name of the new arts facility at UNSW Sydney pays tribute to a renowned Indigenous artist whose work connects her ancestral history and art to the broader Australian and Aboriginal communities.

The precinct, formerly known as the D8 Theatres, will now be called the Esme Timbery Creative Practice Lab (ETCPL), or ‘the Esme’ as students have nicknamed the space. When it officially opens on 4 November, ‘the Esme’ will be the first building on the University’s Kensington campus named after an Indigenous woman.

“There is no one who deserves this recognition more than Aunty Esme who has dedicated her life to maintaining customary practices and traditions of shellworking among the Bidjigal people and La Perouse communities for the benefit and enjoyment of everyone,” said School of the Arts and Media Head of School Professor Michael Balfour. “We are honoured to celebrate an important Indigenous elder and artist whose work represents an enduring connection to the land on which UNSW and this new building stand.”

Ms Timbery’s shellwork has been acquired by major Australian art galleries and museums, has decorated high end platform shoes, features on the program for the 21st Biennale of Sydney and was selected as the first public art project on Sydney’s $9 billion Barangaroo project. She was also the inaugural winner of the Parliament of New South Wales Indigenous Art Prize for two shelled Harbour Bridges. Last year, the NSW government proposed the name Esme Timbery for one of its ferries.

“I never believed that something like this could happen to me, it is a privilege,” Ms Timbery said. “I can’t put into words what this means to me. I think it is marvellous.

I hope that having my name displayed publicly on this building will inspire our young people to follow their dreams at university, particularly in the arts for years to come,” she said.

The Esme Building houses the Io Myers Studio and Studio One, which are managed by the Creative Practice Lab (CPL) in the School of the Arts and Media. The CPL is a specialised multi-arts production unit that supports teaching and practice-led research across a diverse range of disciplines including theatre and performance, film, media, creative writing and music. The new facility will link artists with producers and festival directors, as well as students and staff.

“What an incredible achievement this building is. What a strong statement it makes,” said Su Goldfish, producer and manager of the CPL. “This new complex highlights the commitment UNSW has made to teaching and research in the creative arts, as well adding a significant piece of arts infrastructure on to the Kensington campus and into our city.”

The two performance spaces and associated foyers, workshops, storage space and offices mark the final stage of the $220m multidisciplinary Science and Engineering Building development, which was completed earlier this year. The development integrates spaces for the Science, Technology, Engineering, Arts and Maths (STEAM) disciplines in one facility.

“We are proud to be able to deliver such an exciting, innovative and contemporary theatre and performance venue for the study, practice and research of performance arts and media,” she said.

Central to the new theatre space is the use of active architecture, a system of computer-controlled amplification that enables the user to create the perfect sound environment where both acoustic music performance and spoken word theatre can flourish. In addition, the walls of the performance space are active, allowing the use of a variety of materials such as paint, hooks, ropes and paper to create and recreate scenes directly on the walls or allow for visual thinking to spread around the room. Within the space there is easy access to sets and props, costumes, technology, the workshop and equipment.

“The University is dedicated to investing in a place for students and researchers to experience outstanding teaching and learning environments in the study of performance, media and cross disciplinary arts.” Professor Balfour said. “It is unlike any other theatre on any campus in Australia. The theatre provides a gateway between what students are taught and what audiences experience, creating an environment that encourages people to be imaginative, to reinterpret the world and their personal experiences, and allows people to present this in various forms to the greater community.”

The program of events at the CPL is expected to attract over 2000 guests to view one of 70 diverse performances during the 2020 program.

View photos of the spaces below. 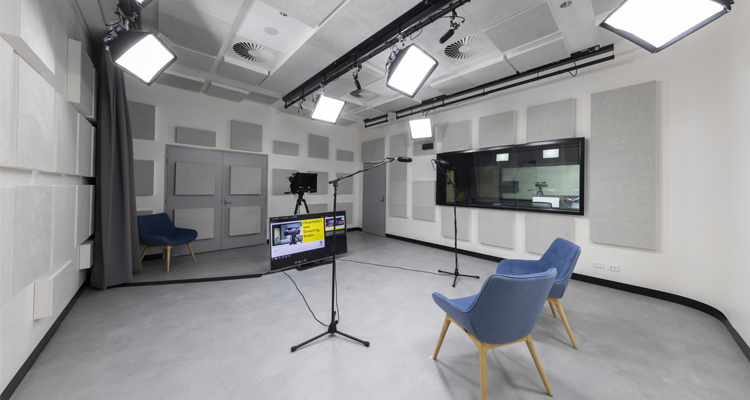 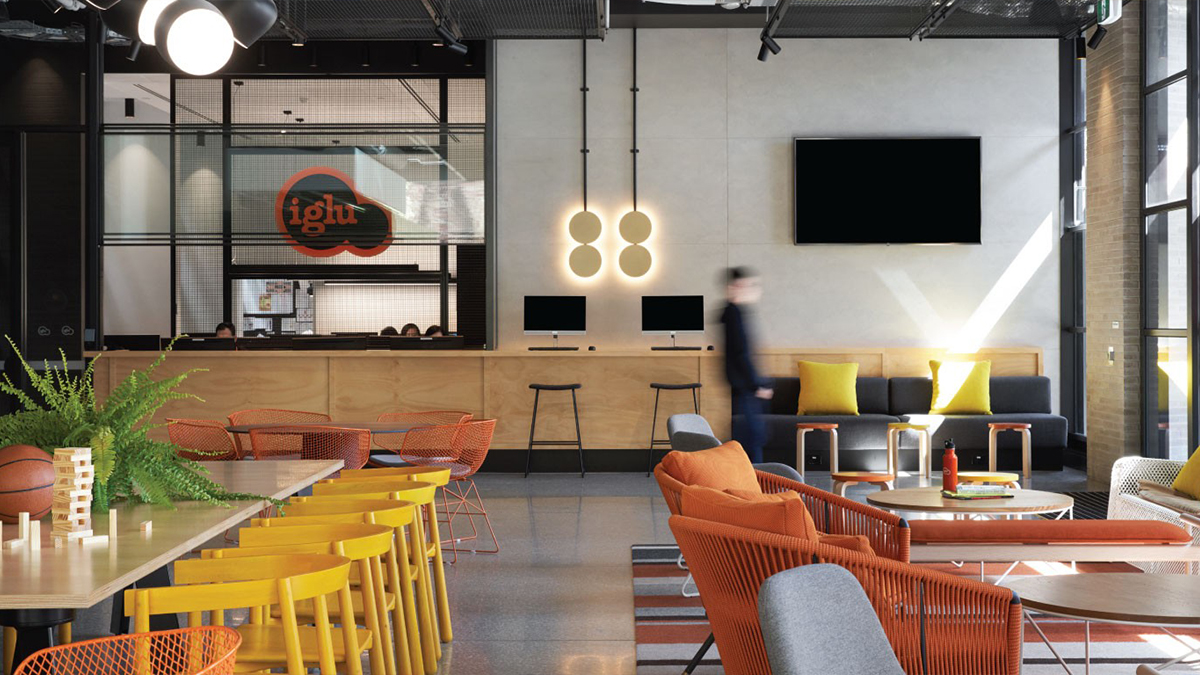 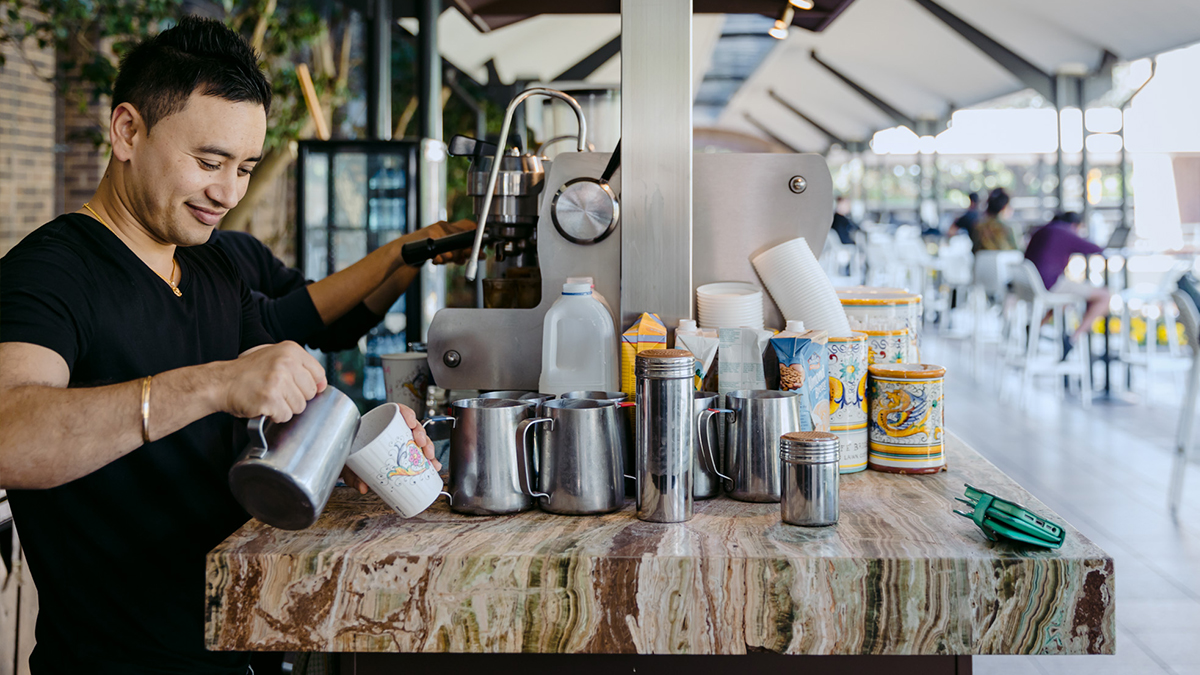