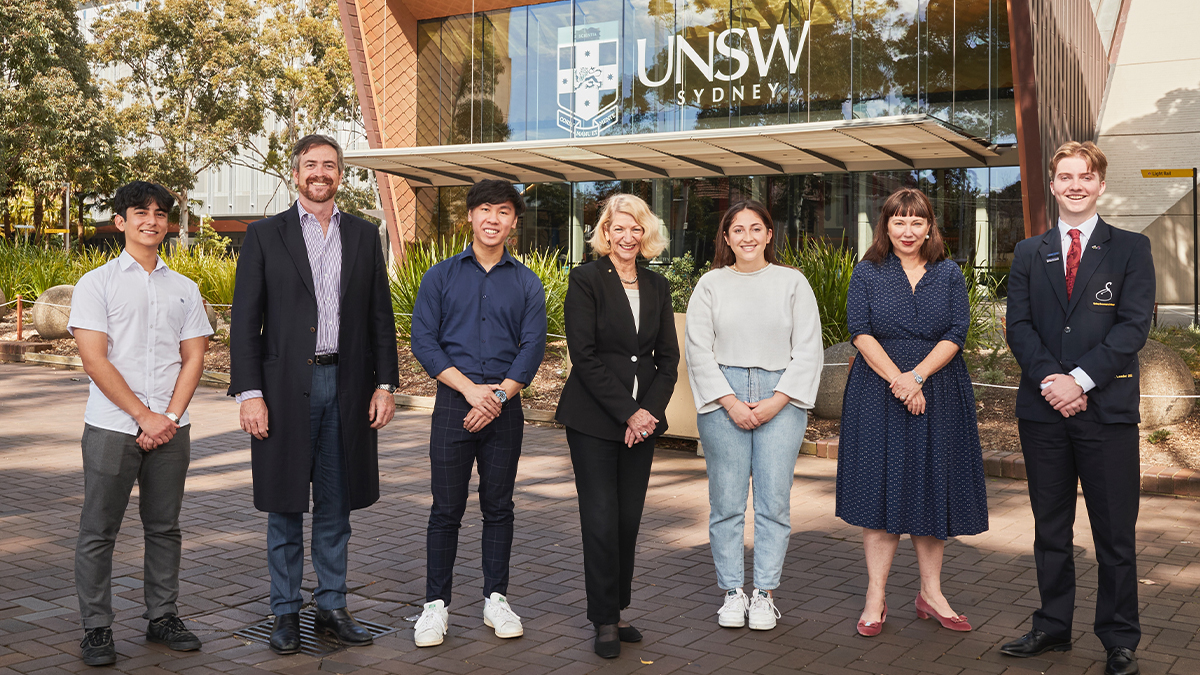 A new participation target will open the door to higher education for thousands of under-represented students from across the country.

The redefined Gateway Equity program will expand the University’s access rate to 25 per cent over the next five years for first-year students from under-represented schools and backgrounds. The social and economic successes of the individual, the community and the country are built on the transformative power of education. To meet the challenges of the next decade, Australia needs to draw upon the strengths and aptitudes of the entire nation. UNSW’s focus through this expanded program on equity, participation, excellence and capacity building will meet these challenges.

The increased access rate complements Jason Clare, the federal Education Minister’s, recent announcement of 20,000 additional Commonwealth Supported Places in the next two years. Those places are earmarked for under-represented students interested in areas that are suffering skills shortages, such as health, education, engineering and technology.

UNSW has always focused on ensuring broad participation from society and has a track record of success. Recent Department of Education, Skills and Employment data shows UNSW is the top university in Australia for all commencing undergraduate success, as well as for students from low-SES backgrounds and regional and remote areas.

In 2020, the Gateway Admission Pathway and Program (GAPP) was introduced as UNSW’s primary admission strategy for widening access. The initial goal set out in the 2025 Strategy was a low-SES access rate target of 15 per cent by 2025.

In its first two years, GAPP accelerated UNSW's low-SES access rate to 12.3 per cent, achieving the milestone in Term 2 2022. This placed UNSW well ahead of its incremental target.

Building upon this success, UNSW has committed to a new access target of 25 per cent over the next five years. The new target combines both students from low-SES backgrounds and students from educationally under-represented schools. It will also expand the Program to encompass additional cohorts that are currently under-represented in the UNSW community, including students from regional and remote areas, Indigenous, and culturally and linguistically diverse migrants and refugees (CALDM/R).

“We have been moving in this direction for some time and we are now ready to start implementing our roadmap towards the new target,” said Mary Teague, Director of Equity, Diversity and Inclusion at UNSW. “Our overarching approach enables students to not only access but fully participate and succeed at UNSW.”

Under the plan, UNSW – a leading Group of Eight university offering a range of high demand courses – will provide a coordinated and overarching program with dedicated resources.

To achieve the redefined target, UNSW will employ a holistic approach – a combination of outreach through working with schools to identify high achieving students, by making conditional and unconditional offers, and through financial support.

“UNSW recognises that ensuring students are drawn equally from all parts of society is critical to both the prosperity of our nation and the excellence of our University. Unfortunately, entrenched barriers continue to unfairly impact too many young people from backgrounds under-represented in higher education,” said Vice-Chancellor and President Professor Attila Brungs. “The University’s bold new commitment to ensuring a more equitable, diverse, and inclusive student community will enrich teaching, learning and research and the student experience.”

A key change under the new target is the GAPP – Unconditional Offer Round, which will provide high performing students from under-represented backgrounds with early assurance of their place at UNSW and additional preparation time for effective transition to university.

Other proposed changes include expanding the scale of outreach to schools and the Gateway Program, stabilising student financial support, including on-campus accommodation, and building a targeted academic support program in collaboration with Faculties and Deputy Vice-Chancellor Education and Student Experience.

The advantages of the GAPP have been immeasurable for students who have participated in the program for the last two years. And the academic results speak for themselves. In 2021, students who enrolled via the GAPP completed their first year of university and based on their cumulative weighted average mark performed as well as domestic undergraduate students.

Further, GAPP students collectively passed 93 per cent of all their subjects, the same rate as 2021’s broader domestic undergraduate cohort. Together, this data demonstrates that, despite entering university with an adjusted ATAR, this cohort of students succeeded once at university.

Kelsie Mitchell is currently a second-year quantum engineering student at UNSW. As a Year 12 student at Broken Hill High School, Kelsie participated in a Gateway Winter Program masterclass, which helped her prepare for the HSC and opened the door for her to apply for the GAPP. Through GAPP, Kelsie secured a conditional offer and an accommodation scholarship to study at UNSW.

“Coming from a regional place, the lower ATAR requirements and a scholarship through the Gateway Access Pathway and Program made studying at university achievable. It made a huge difference,” Kelsie said. “I would not have been able to afford to live in Sydney and study at UNSW without it.”

In addition, second-year student Ethan Ha said the GAPP gave him a defined focus as he sat the HSC at Prairiewood High School, a Gateway Partner School, in 2020. Ethan was accepted to a five-year double degree and will graduate with a Bachelor of Engineering (Hons) and a Master’s in Biomedical Engineering.

“Knowing I had received an early offer from UNSW was a sense of relief because I felt like UNSW had my back,” he said. “I could really focus on my studies, and I had a concise goal in mind.”

Both Kelsie and Ethan said the social and academic aspects of the GAPP continued to play a role in their successes at university.

“I have made friends with other students in the program, and it was a huge help to have someone just check in regularly as I was finding my feet in Sydney,” Kelsie said. “Moving from a regional area to Sydney was a very big change, so it was great having someone call and check-up.”

Kelsie said she is excited for the opportunities the redefined access targets will open for future students.

“I am a student from a low-SES background, from a regional location and most of my immediate relatives have a disability, so to see students in similar circumstances have the same opportunity to come to UNSW is very exciting for me,” Kelsie said. “This will give so many more people the access to higher education they wouldn’t have had.”

Ned Graham, a member of the Year 12 advisory committee for the NSW Minister’s Student Council, known as the DOVES, said the announcement aligns with the council’s goal of representing the entire student body.

“From a DOVES perspective, increasing the equity component of UNSW’s intake is really important and something that students would support because it ensures that we have the equality of opportunity we deserve in our society,” Ned said. “The broadening of the access scheme will be beneficial for all school students, but especially those from an under-represented background.” 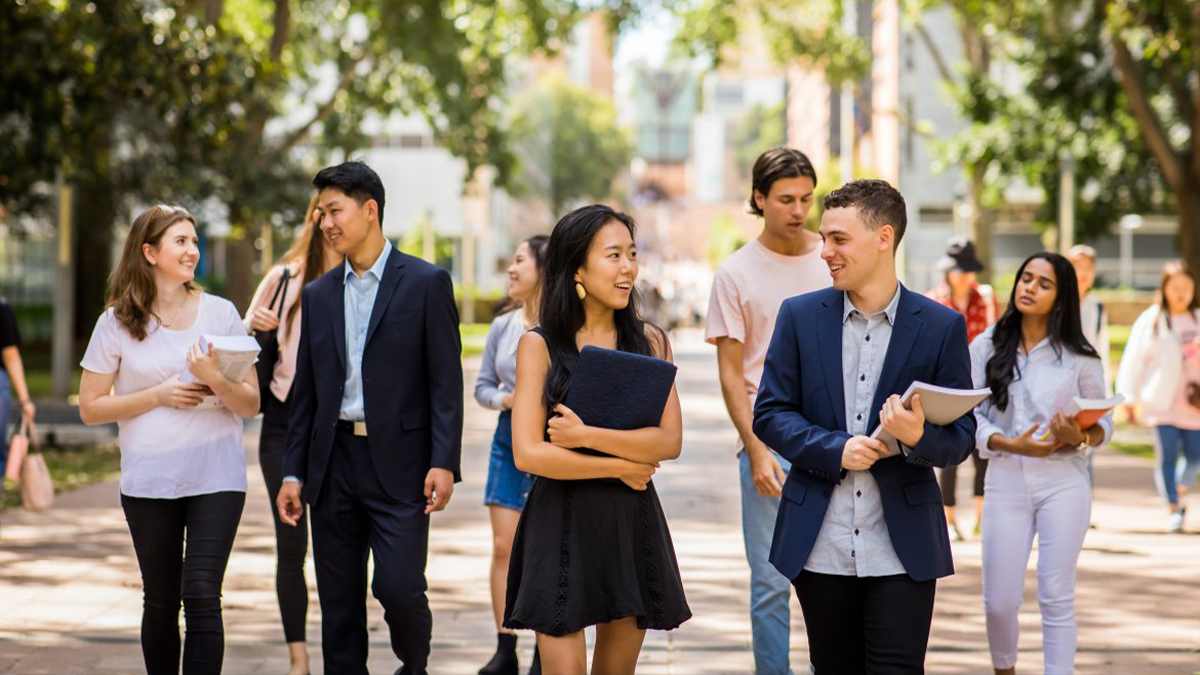 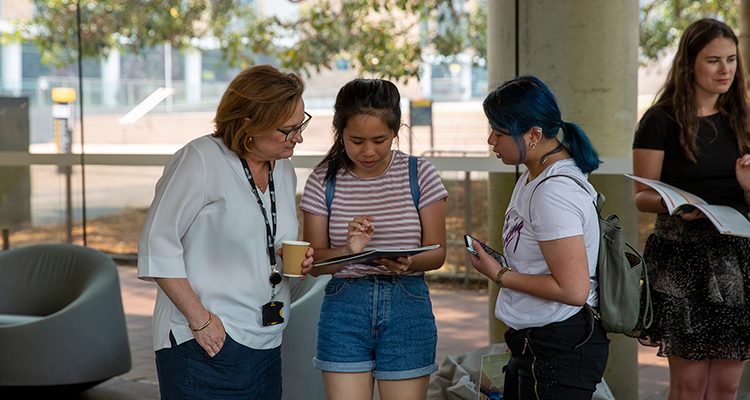 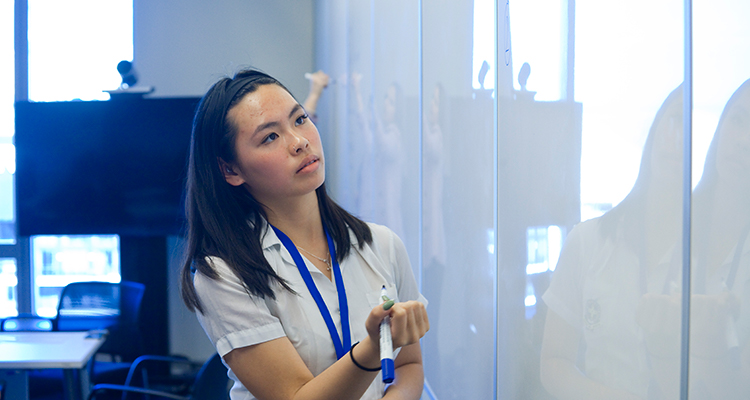