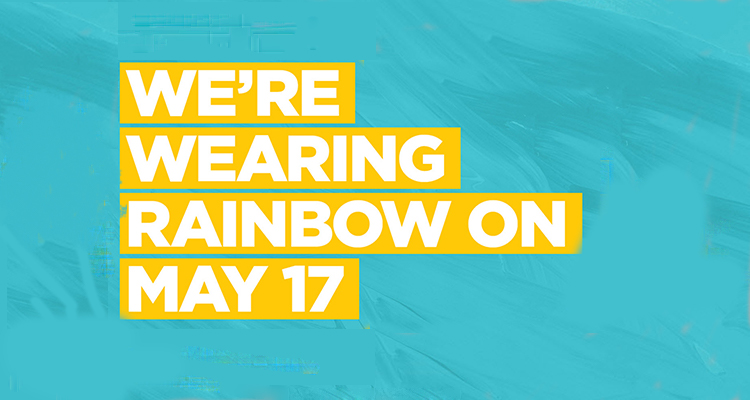 On 17 May every year, communities around the world celebrate IDAHOBIT – the International Day Against Homophobia, Biphobia, Intersexism and Transphobia.

Launched in 2004 to acknowledge the violence, discrimination, bullying and mistreatment experienced by LGBTIQ+ people internationally, International Day Against Homophobia, Biphobia, Intersexism and Transphobia (IDAHOBIT) is an opportunity to celebrate LGBTIQ+ people and stand against the discrimination the community still faces.

To understand the importance of the day, UNSW’s Workplace Diversity team spoke to a diverse group of students and staff.

“As a gay man, IDAHOBIT is about recognising and challenging biphobia, intersexism and transphobia. Being gay doesn’t mean that you automatically understand bisexuality, intersex people or transgender experiences,” Martin said.

“It’s important for UNSW to stand up and say that LGBTIQ+ people are a vibrant part of the world’s population entitled to the same rights, recognition and opportunities as everyone else.”

When asked what IDAHOBIT means to her, Vanessa Cali, Manager, Grand Challenges, felt that we must recognise that discrimination still occurs around the world, and in Australia too.

“The marriage equality vote was a great feat, but people just assume ‘You’re equal now, isn’t that enough?’ But no, it doesn’t end there.

“I’m from a traditional Sicilian background so I’m used to being thick-skinned, but hearing people debate my humanity and the value of my relationship had an impact on me.”

During the marriage equality campaign, Vanessa, her partner and toddler moved back to their conservative hometown community.

“I did a letterbox drop to my neighbours to introduce us, let them know they could vote with their conscience but also welcomed them to contact us, without judgement, if they had any questions. I got supportive emails from six people I hadn’t met. I realised that engaging in dialogue is so important, otherwise you’ll never change someone’s mind.”

Martin and his partner married under British law two years before the marriage equality survey, partly to make a statement in Australia that same-sex couples should be able to marry.

“It was a very tense time [during the survey]. My partner and I lived in a very gay-friendly part of the city and received overwhelming support from our straight neighbours too.

“But it was also heartbreaking seeing the effect of the ‘No’ campaign on LGBTIQ+ friends who had children – their families were questioned, negated and attacked.”

Martin also reflected on the widespread disappointment from the LGBTIQ+ community on UNSW’s neutral position on the marriage equality survey during the campaign, particularly when other universities openly supported the Yes vote.

“How can you say that you support LGBTIQ+ inclusion and then fail to take a positive stance on equality?” said Martin.

When the conversation changed to personal experiences of homophobia, Alessandro Ottazzi, Senior Research Fellow in the School of Mathematics & Statistics, reflected on his upbringing in a small Italian suburb.

“I grew up in a very machoistic society and the LGBTIQ+ community was hidden – it was as though it didn’t even exist. There was nowhere I could go between the ages of 20-24 where I could be open about my sexual orientation.”

Alessandro hid his identity for most of his life in Italy, so doing this interview was a big step for him.

Similarly, Vanessa attended a high school that she said had a ‘’bullying culture’’. She hadn’t realised she was gay then, but her friends who hadn’t come out yet and people from culturally diverse backgrounds faced physical violence on a regular basis.

Though the discrimination they’ve personally experienced has impacted them in different ways, Vanessa, Alessandro and Martin all generally feel that UNSW is supportive of the LGBTIQ+ community.

“I have had the privilege of a career where my personal life and identity have been assets, informing my work and giving me a voice on a national and international stage,” said Martin.

On the other hand, he also suggested that people could be more mindful that there are LGBTIQ+ people at UNSW - when we’re holding meetings, events, and when people are invited to speak.

“Many of these people are allies, but I don’t think people realise how subtly excluding it can be to attend a meeting where you think, “Am I the only person here who isn’t a straight, white man? Is it safe to offer my opinion? Will it be discounted?” Women have been fighting this for years, and LGBTIQ+ people face the same challenge. Representation matters.”

During Ally@UNSW training, Alessandro heard from a staff member whose son was transitioning.

“It was so beautiful to hear the love and support this mother had for her child. It was really moving,” he said.

Since the beginning of her time at UNSW, Vanessa has been completely open about her sexuality and relationship. Her colleagues held a baby shower for her, even though Vanessa’s partner carried their baby. She feels privileged to work at UNSW because as an educational institution, people are generally open to learning from one another.

“Open dialogue and respect for different views is crucial. If someone makes a mistake, like assuming I have a husband, I try not to the shut the person down. These moments are all opportunities to open up the conversation.”

UNSW is committed to an inclusive, supportive and safe environment and believe it’s important to shine a light on issues experienced by those that identify as LGBTIQ+.

If you want to learn more about the LGBTIQ+ community and how you can support your colleagues and peers, register for Ally@UNSW Network training and LGBTIQ Awareness training. Visit the HR website for more information. 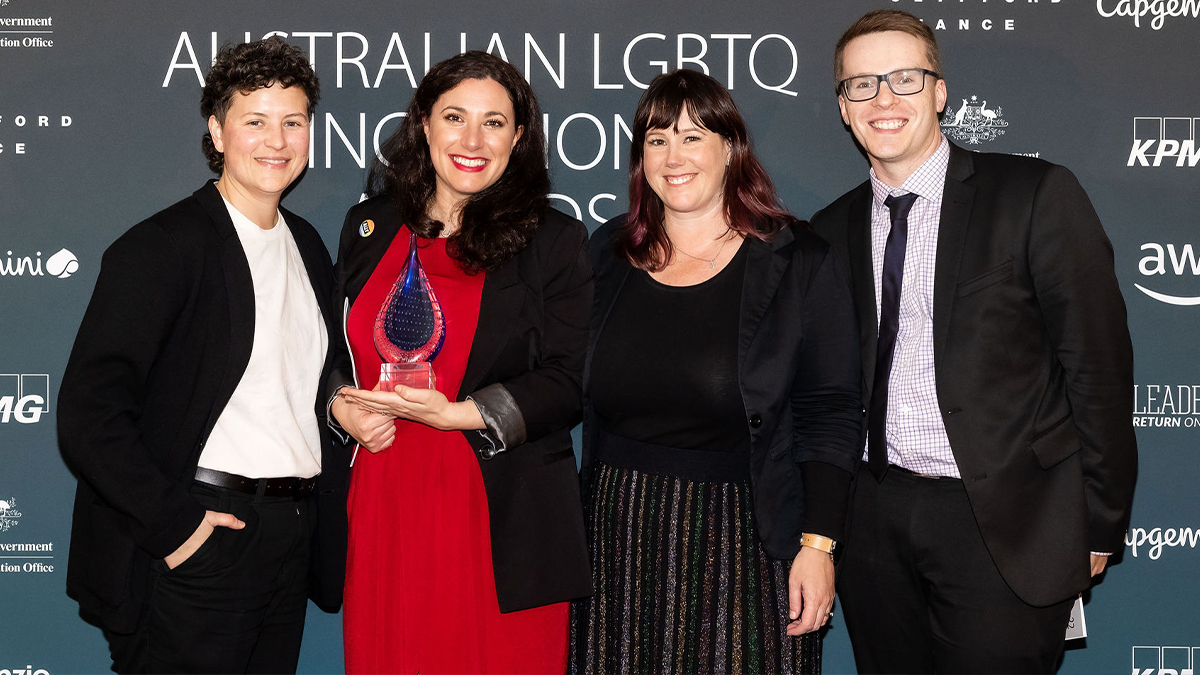 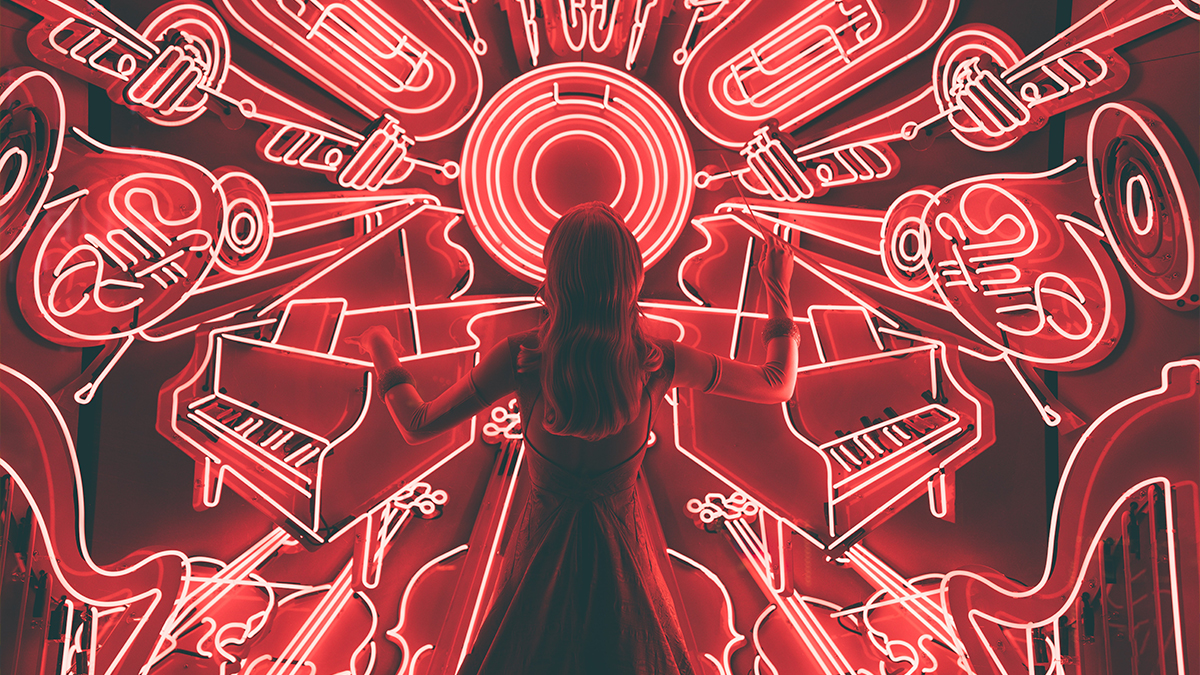 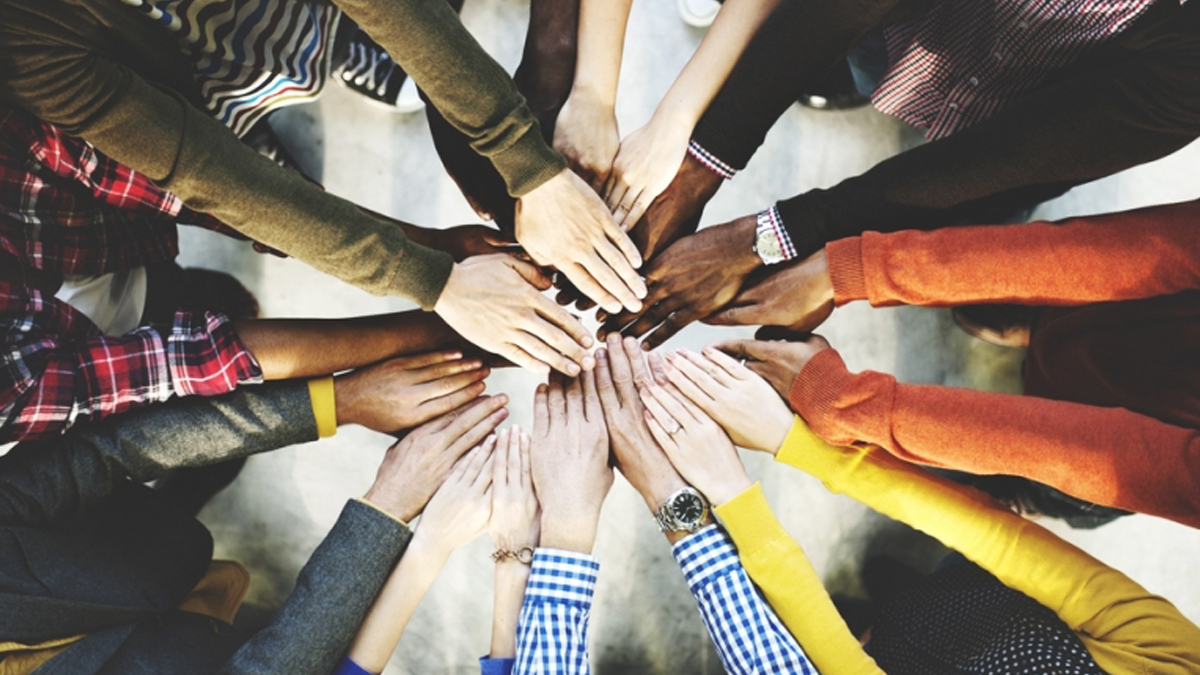 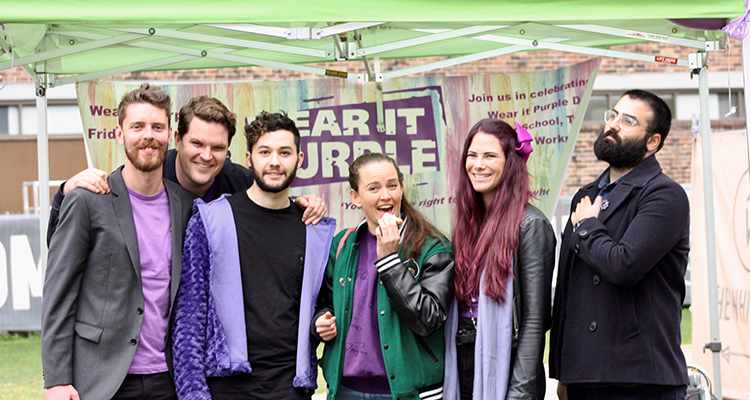