The annual UNSW Blues and Sport Awards Dinner was a celebration of excellence in the face of adversity.

If the last three years have taught the sporting community anything, it is that thriving under pressure is a skill not to be underestimated.

Through lockdowns, season postponements and cancellations, interstate relocations and living in hubs with teammates, UNSW’s elite athletes have experienced so much over the past three years and have weathered the storm with grace and determination.

As well as the extreme adaptability required to stay at the top of their sports, these athletes have also balanced demanding studies; completing exams and assignments in hotel rooms while their teammates enjoyed some rare leisure time.

Academic Excellence Award recipient Dane Rampe displayed an excellent example of the attitude required to excel under these circumstances.

The Sydney Swans’ co-captain began studying a Graduate Certificate in Commerce at UNSW in 2020, just before Covid hit.

Despite all the challenges of 2020 – travelling interstate with the team and relocating to a hub environment – he continued to work hard and excel in his studies, maintaining a distinction average throughout 2020 and 2021.

Rampe’s impressive results in his Graduate Certificate led to him being invited to undertake a Master of Commerce and he has continued to maintain a distinction average throughout this degree, all while excelling on the field for the Sydney Swans and in his role as co-captain of the team.

He has been a role model for the other Swans studying at UNSW.

In his acceptance speech at the UNSW Blues and Sports Awards Dinner, Rampe highlighted the importance of seeing study as an opportunity for elite athletes.

“I am really grateful to be able to study while I play sport,” he said.

“In my opinion if you’re going to do a degree, you give it everything you’ve got and that’s what I’ve tried to do throughout my time here.”

Rampe also credited the UNSW Elite Athlete Program – and particularly Elite Athlete Manager Helen Bryson – as the secret to his success, providing him with the ability to take his studies on the road and continue completing his degree while travelling all over the country to play AFL.

While there were celebrations of a wide variety of achievements, the highlight of the night was the presentation of the Blues awards.

The UNSW Blue recognises and celebrates UNSW students who have achieved the highest level of sporting excellence in their chosen sport, are of outstanding character, values, and have contributed greatly to sport at the University.

In his debut Blues and Sport Awards Dinner UNSW Vice-Chancellor and President Professor Attila Brungs had the honour of presenting these awards to the outstanding athletes.

Despite the ongoing challenges of the pandemic – with some nominees in isolation and unable to attend and the Alex Blackwell Award being presented via Zoom – the night was a great success and demonstrated the incredible resilience of the UNSW sporting community. 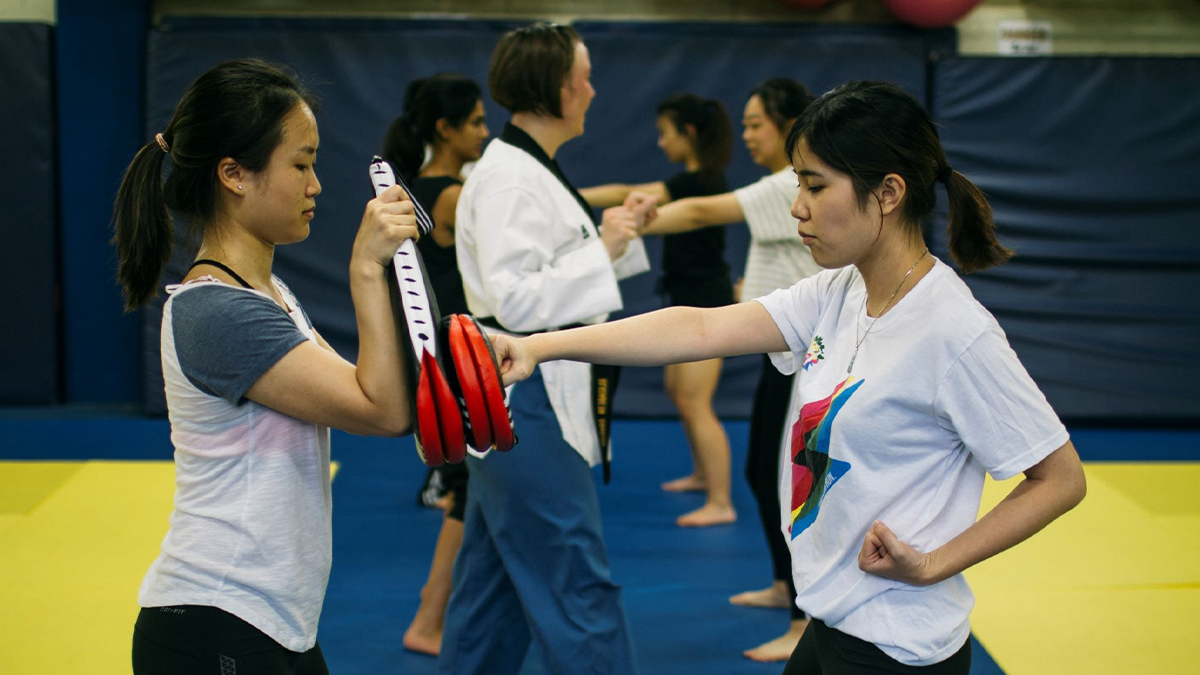